The Lange Coupler is a four-port interdigitated structure originally developed by Dr. Julius Lange in 1969. They are a common RF/microwave circuit. The coupling is derived from closely spaced transmission lines, such as microstrip lines. With the introduction of Ion Beam Milling, SemiGen’s ability to consistently produce Lange Couplers with lines and spaces as small as 10 microns and controlled to tolerances of +/- 1 micron is a direct result of our anisotropic ion beam etching process. 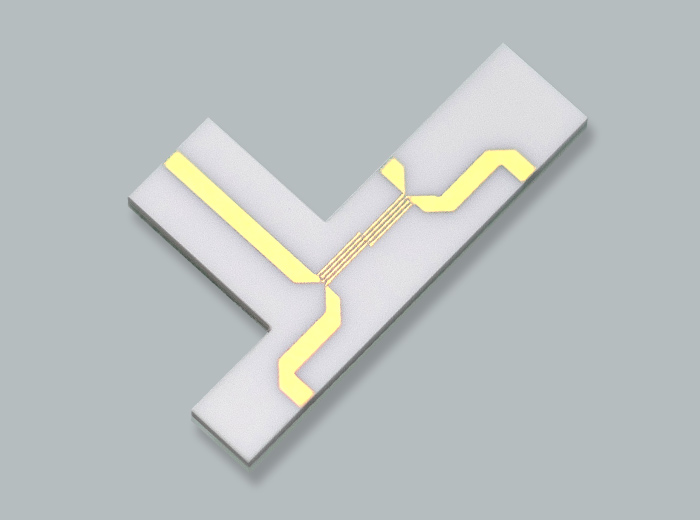 For a given input on a Lange coupler the three output ports can be denoted as:

Typically the number of conductors or fingers (N) is even. The geometry for N=4 is shown below:

The length of the fingers (L) is set by the center frequency (f0) of the filter. The device is relatively broadband, with flat frequency response around f0.

The finger length is equal to the quarter wavelength (s) of f0 in the substrate such that:

The coupler is usually designed for 3 dB of coupling between the input port (1) and the coupled (2) and direct port (4). The phase angles of the coupled signals are 90 degrees out of phase with the input near the design frequency. For such a splitter, the theoretical maximum coupling is -3 dB in each channel (half power). These coupling characteristics are most sensitive to conductor spacing (s) and the metal thickness (t) for a given number of fingers (n).

Lange couplers with 4, 6, and 8 fingers have been processed in production quantities with performance variations under +/-2%.

Our ability to consistently produce couplers with lines and spaces as small as 10 microns and controlled to tolerances of +/- 1 micron is testimonial to our anisotropic etch process.

Lange Couplers and Their Use in RF/Microwave System Design 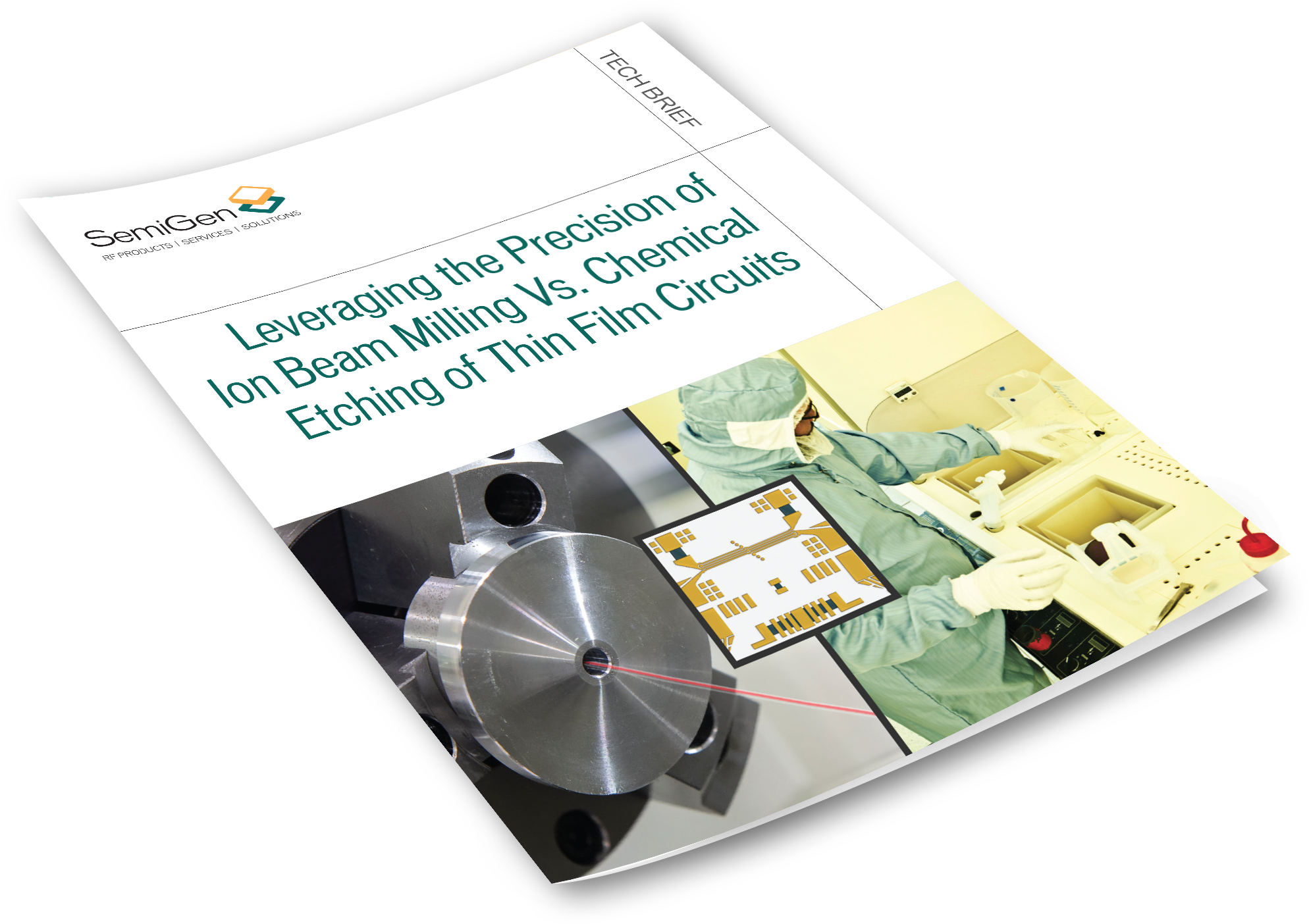